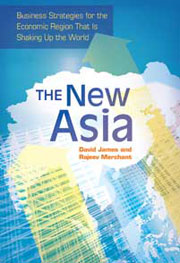 A favorite expression of Thais is “Mai pen rai,” meaning “Never mind; it doesn’t matter; everything will be all right.”  Mai pen rai says much about the agreeable Thai temperament – and its economy.  Indeed, for the past several decades, Thailand has boasted a strong and resilient economy that has quickly bounced back from numerous political, economic and natural disasters. 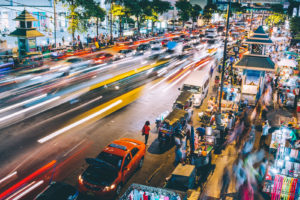 Since 1932, when Thailand first became a constitutional democracy, there have been 18 successful or attempted military coups seeking to take control of the government, many impacting the country’s economy.  The most recent occurred in 2006 when prime minister Thaksin Shinawatra was deposed.  In 1973 and 1992, urban anti-government uprisings erupted when military rulers reneged on promises to cede power to elected officials.  In 1997, with its economy overburdened by foreign debt as a result of a boom in real estate investments, the Thai baht collapsed, and Thailand, with neighboring Southeast Asia countries and South Korea, was plunged into the Asian Financial Crisis of 1997-1998.  And in 2011, severe flooding – the worst experienced in five decades – hit Thailand during the monsoon season, sweeping over much of northern and central Thailand and (in between) the metropolitan region of Bangkok, resulting in economic losses aggregating more than $15 billion. 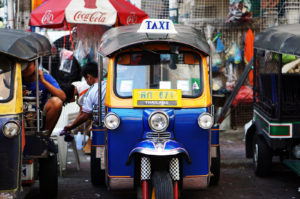 Thailand has been one of the world’s greatest economic development success stories, with sustained growth and impressive poverty reduction.  In the decade that ended in 1995, the Thai economy was one of the world’s fastest growing, expanding at an average growth rate of 8 to 9 percent per year.  After recovering from the Asian Financial Crisis of 1997-1998, the Thai economy took off again in the period 2002-2007, with growth averaging about 5 percent per year.  Primarily due to the high rates of economic growth, poverty has fallen steadily since the late 1980s.  Over the decade from 2000 to 2010, poverty fell from a peak of 21 percent (a result of the 1997 crisis) to about 8 percent in 2009.

Helping to maintain the political stability and economic progress of Thailand has been the durability and influence of its monarchy,presently led by King Bhumibol Adulyadej.  In 1932, a coup led by a group of young military officers and civil servants ended centuries of royal dynasties and transformed the government of Thailand from an absolute monarchy to a constitutional monarchy and parliamentary democracy.  What resulted was a unique collaboration of the Thai military, a strong, centralized bureaucracy, and a revered monarch.  The military has generally been content to let the bureaucracy and key politicians run the government, but the strength of the King’s role is exceptional owing to the respect he commands from the general populace.  The King’s governmental role and indirect powers are often compared to those of the British throne. 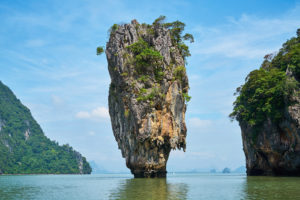 Born in 1927, King Bhumibol – the heir to the Chakri dynasty that ruled Thailand from 1782 – is the only monarch that over ninety percent of the population have known in their lifetime.  He is widely described as the “father” of the nation, or “lord of life,” and holds unmatched aura and status in the country.  It was telling that the bloody 1992 pro-democracy riots in Bangkok were quelled following the King’s public scolding of then Prime Minister Suchinda Kraprayoon and his opponent Chamlong Srimuang as the two kneeled before him. 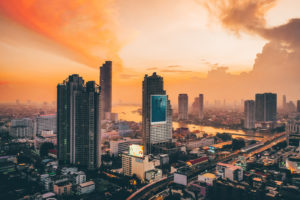 The key to Thailand’s economic success has been a series of pro-business government administrations that have implemented liberal, free market development policies.  Thailand has plenty on which to base its economic growth.  There is a large pool of inexpensive labor that enables the country to attract foreign investment for the expansion of export-driven manufacturing industries.  The country is also rich in natural resources, with high-yielding agricultural lands and extensive reserves of tin, lead, zinc, potash, and oil and gas.  Thailand is the world’s leading exporter of rice and tapioca, and a major exporter of rubber, corn, and sugar.  It is also the fifth largest automobile manufacturer in Asia, after China, Japan, South Korea and India.

Agriculture employs 41 percent of the working population, but it is the smallest sector of the economy, producing 13 percent of GDP, with services producing 53 percent and manufacturing 34 percent.  Most manufacturing is located in the Bangkok area, where it expanded during the 1970’s and 1980’s from import-substitution activities (producing goods such as beverages and vehicles that were otherwise imported) to export-oriented activities such as the manufacture of clothing, electronics, and chemicals.  Like most emerging economies, however, Thailand struggles to build infrastructure that keeps up with its development.  Owing to the devastating floods of 2011, the government is further burdened with restoring and improving flood prevention and water management systems. 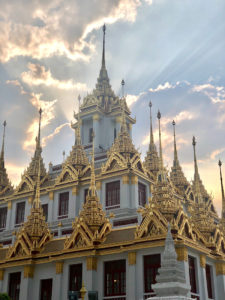 About 75 percent of Thailand’s population of 67 million is ethnic Thai, descended in part from tribes that migrated long ago from southern China.  Other ethnic groups include Chinese, Laotians, Vietnamese, Malays, Cambodians, Burmese, and hill tribe peoples.  Many of these, or their ancestors, entered Thailand as refugees from neighboring countries in times of war.

The culture of Thailand is clearly collectivist, but three factors stand out.  First, the predominant religion of the country, Buddhism, is in greater evidence than predominant religions in many other countries.  Legions of Buddhist priests in orange robes are commonly seen in the streets.  Second, a generous nature and a pleasant manner are very important to Thais.  Conduct to the contrary can be embarrassing and demeaning.  Third, individualistic behavior is more acceptable here than in some other collectivist countries.  Thais comfortably accept personal credit for business success and other achievements.  They are also more direct in expressing their thoughts, so long as they can do so in a generous and pleasant manner.

Foreigners who visit Thailand for business or other reasons will have the comfort of knowing that if things don’t all go according to their plans, Mai pen rai – “Never mind; it doesn’t matter; everything will be all right.”