Big Changes for the Better

The most dramatic changes in Asia are occurring in Myanmar.  It is a country that in 2011 turned from stagnation and repression to growth and liberation.  After elections in 2010 that brought a new government administration to power, an avalanche of new policies and initiatives have breathed life into this resource-rich country that lies in the center of the region, bordered by China, India, Bangladesh, Laos and Thailand.

For decades beginning in 1988, the face of Myanmar – known also as Burma – was the attractive Aung San Suu Kyi, the political opposition leader who was placed under house arrest on and off by the incumbent governing military regime for an aggregate of 15 years since 1988.  She is the daughter of Aung San (1915-1947), a Burmese revolutionary, nationalist and founder of the Burmese army, and considered the Father of modern-day Burma.  Her mother, Khin Kyi, became active in Burma’s government and was appointed Burma’s ambassador to India and Nepal in 1960.  Aung San Suu Kyi went with her mother to India and was educated in India and England, where she obtained a degree in philosophy, politics and economics from St. Hugh’s College, Oxford, in 1969. 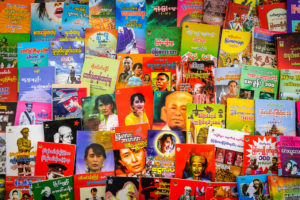 Aung San Suu Kyi and her pro-democracy party, the National League for Democracy, won an overwhelming victory in the country’s 1990 elections but were denied representation by the military junta that ruled the country from 1962 until 2011.  In 1991, she was awarded the Nobel Peace Prize “for her non-violent struggle for democracy and human rights,” but she was not permitted to leave the country to accept the award.

Yet in 2011, the newly-elected president of Myanmar, retired general Thein Sein, leader of the military-backed ruling party, the Union Solidarity and Development Party, signaled a sharp break from the domineering and repressive policies of the past.  The government freed a number of political prisoners, took steps to liberalize the state-controlled economy, and made overtures to Aung San Suu Kyi and her party.  In April 2012, in a landslide victory, Aung San Suu Kyi was elected to Parliament and her party won nearly every seat in the by-elections, with results indicating support even from government employees and soldiers.  Aung San Suu Kyi has not been silenced by a government that remains overwhelmingly in control.  She continues to work for Myanmar’s progress, tolerated and in some cases supported by a government that held her in contempt for decades.

In his inaugural speech in 2011, President Thein Sein promised to run a “clean” government and to practice “good governance,” with an emphasis on transparency, accountability, and adherence to the country’s constitution in due regard to the people’s wishes, to inclusiveness, and to effectiveness.  While such words can be political hyperbole, there followed a succession of substantive actions, including:

On the economic front, the new administration has taken a number of actions to improve the economy’s performance, including reducing export taxes and income taxes, increasing pension rates, and taking steps to alleviate poverty.  It unveiled a new foreign investment policy in November 2012.  It has also reached out to international organizations for assistance, cooperation and collaboration.  Agriculture remains the primary industrial sector, with rice, fish and hardwood among the many exports, accounting for about 40 percent of the nation’s gross domestic product.  Extractive industries, especially oil and gas, power generation, mining and timber, are also strong contributors to the economy.  Overall, for a country sitting as it does between the huge and expanding economies of China and India, its growth potential and opportunities are significant. 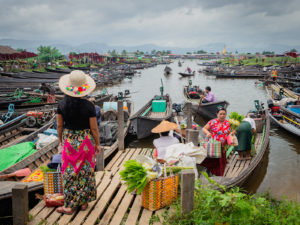 But economic progress for Myanmar has barely begun.  For decades, the country has been burdened not only by its own repressive and isolationist policies but by financial and economic sanctions imposed by the United States, the European Union and Canada, designed to prod the government to change its social policies and improve human rights.  These sanctions, for the countries involved, prohibited most financial transactions with Myanmar entities, banned imports of Myanmar products, and imposed travel bans on senior Myanmar military and civilian leaders and others connected to the ruling regime.

Chief among the international organizations that have pressured for change by Myanmar has been the Association of Southeast Asian Nations (ASEAN), of which Myanmar became a member in 1997.  Some observers credit ASEAN’s sponsorship of regional cooperation with focusing Myanmar’s attention on how far it was falling behind the progress of other nations.  If that is so, Myanmar took the bait by vowing to change its ways and seeking the chair of ASEAN for the year 2014, which was approved at the ASEAN summit meeting in 2011.  Other observers believe that Myanmar’s dramatic change in direction is due in part to its own desire to become less dependent upon China, which is a major importer of Myanmar commodities and goods and has invested heavily in the country.  It came as a surprise to China when Myanmar suspended in 2011 the controversial Myitsone hydroelectric project with China, a joint project intended to produce electric power for China, on grounds that the project’s massive dam would displace local ethnic communities and negatively impact the Ayeyawady River, widely regarded as the lifeblood of Myanmar. 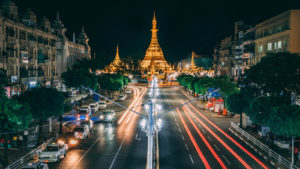 As a result of the promise of positive change in Myanmar, the United States, perhaps welcoming less dependence by Myanmar on China as much as its sweeping changes, restored full diplomatic relations with Myanmar in 2012 and started a process to end U. S. sanctions against the country.  Also, U.S. President Barack Obama visited Myanmar – the first U.S. president ever to do so – in November 2012 on his way to the annual summit meeting of the Association of Southeast Asian Nations in Cambodia, indicating support for the changes the Myanmar government has undertaken as well as the intention of the United States to increase its influence in Asia.  In addition, Japan’s foreign ministry issued a statement in 2011 complimenting Myanmar’s changes and its reform agenda as a concrete step toward democratization and national reconciliation.  Subsequently, Japan reopened a number of economic programs and projects with Myanmar.  India is also now expanding commercial relations with Myanmar, investing in Myanmar’s agriculture and energy sectors and looking into collaborative airline services and infrastructure projects.

Myanmar, like some of its neighbors, was ruled by a number of Buddhist kingdoms and dynasties from its earliest days.  It is comprised of many diverse ethnic groups.  The religion of 89 percent of its people is Buddhist, with Christianity and Islam being about four percent each.  Again like its neighbors, it was colonized by the British in the early 1800s when its capital of Yangon (then Rangoon) became an important port between Calcutta (now Kolkata) and Singapore.  After more than a century of British rule, it became an independent republic named the Union of Burma in 1948.  Among its prominent leaders was U Thant, Burma’s special representative to the United Nations in 1961, who was elected Secretary-General of the United Nations in that year, serving in that position for ten years.  In 1962, a military coup took over the government, and a military junta ruled the country until 2011 when the junta was dissolved.  The country’s name was changed from the Union of Burma to the Union of Myanmar in 1989.

Time will tell how far the dramatic changes launched by Myanmar’s new government in 2011 will take this evolving country.  Many challenges exist, including a population with 32 percent of its members living in poverty, numerous ethnic groups that are rife with conflict, religious clashes between Buddhists and Muslims, an inefficient government, corruption and a weak legal system, and a struggling banking sector.  The list is long.  Nonetheless, if the courage of President Thein Sein in facing these challenges, and the courage and tenacity of Aung San Suu Kyi in fighting for democracy and human rights over a period of more than 24 years is any indication, the future of Myanmar is bright.