One of the early names of Hanoi, the capital of Vietnam, was Thăng Long, meaning “Rising Dragon” in Vietnamese, an appropriate name for present day Vietnam itself.  The name would not be apt for Vietnam during much of its history – centuries marked by war, occupation and economic decline – but this war-ravaged country may well be on the threshold of emerging as an economic star of The New Asia. 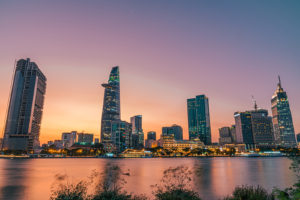 The 2008-2009 global recession slowed Vietnam’s export-oriented economy, but its GDP, which had risen 8.5 percent in 2007, is nonetheless expected to grow by an average of 7 percent in the period 2013-2017.  Vietnam is one of the world’s largest exporters of a number of essential goods, including rice, Robusta coffee, pepper, natural rubber, footwear, garments and seafood.  The country has abundant natural resources, a growing industrial base, and a large, hardworking population of 92 million.

The Vietnamese are descendants of members of China’s Han and Viet dynasties who migrated from the north over the course of centuries.  Regional kingdoms were established as early as 2879 B.C.  They managed to maintain their independence at times, and at other times they were subjected to long periods of Chinese occupation and control.  Following one of several periods of Chinese domination, a series of Vietnamese dynasties ruled the country from 1428 A.D. until the 20th century, albeit with constant internal struggles and border conflicts with the Chinese. 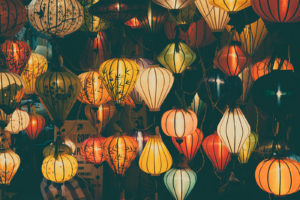 The French entered the scene in 1801 when a French missionary, Pierre Pigneau de Behaine, began expanding the Catholic Church’s influence in the region.  Colonial occupation of Vietnam by the French commenced in 1858 and continued until Japan’s invasion and occupation of the country in September 1940.  Anti-colonialist sentiment grew during the French occupation, spurred by news of the 1911 Xinhai Revolution in China and the 1917 Russian Revolution.  The revolutionary activist Ho Chi Minh first became involved in the anti-colonialist movement in 1919 and gradually rose to power in the Vietnamese communist movement.

The tumultuous modern history of Vietnam commenced in 1946, following World War II, when the French sought to reassert control over Vietnam and wound up in a nine-year war with Ho Chi Minh’s communist forces, supported in part by China.  The conflict ended in 1954 with the division of the country into the Democratic Republic of Vietnam (North Vietnam) and the Republic of South Vietnam.  The United States, pursuing a global policy of containment against communist influence, began supporting South Vietnam militarily, and itself became embroiled in all-out war, finally withdrawing in 1973.  South Vietnam’s army surrendered to North Vietnam in 1975. 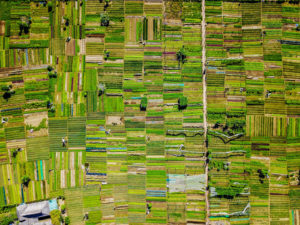 For fifteen years following the American withdrawal, Vietnam allied itself with Russia and continued in military conflict, occupying Cambodia and confronting China.  For economic development, the newly unified country pursued a planned economy with successive five-year plans.  Its five-year plan of 1976–1981 set high goals for annual growth rates in industry, agriculture, and national income, and aimed at integrating the north and south of the country, but the goals were not achieved.  During this period, the economy remained dominated by small-scale production, low labor productivity, unemployment, raw materials shortages, and insufficient food and consumer goods.  The goals of the five-year plan of 1981–1985 emphasized development of agriculture and industry while reducing the size of the capitalist sector in the south.  These goals were less ambitious, and included efforts to decentralize planning and improve the managerial skills of government officials, but again little progress was made.

In 1986, Vietnam launched a new plan, a political and economic renewal campaign called Doi Moi which introduced reforms intended to facilitate transition from a centrally planned economy to a form of market socialism officially termed a “socialist-oriented market economy.”  Doi Moi combined economic planning with free-market incentives.  It welcomed foreign investment and encouraged the establishment of private businesses – including foreign-owned enterprises – for the production of consumer goods.  By the late 1990s, the success of Doi Moi’s business and agricultural reforms was evident.  More than 30,000 private businesses had been created, poverty was nearly halved, and the economy was growing at an annual rate of more than 7 percent. 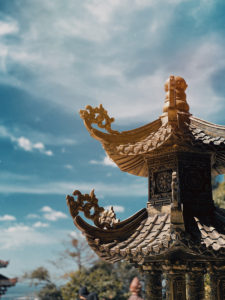 Throughout much of the 1990s, the United States and several other countries embargoed trade and investment with Vietnam, but other countries (Australia, Japan, Taiwan, and South Korea, to name a few) rushed in to take advantage of Vietnam’s low wage rates and abundant natural resources.  Ultimately, in July 2000, the United States and Vietnam entered into a bilateral trade agreement that has normalized their relations.

Pursuant to its Doi Moi program, Vietnam actively sought to increase foreign trade.  In 1995, it became a member of the ASEAN Free Trade Area (AFTA).  In 2007, after almost a decade of negotiations, it was admitted to the World Trade Organization.  And in2010, it became an official negotiating partner in the expanding Trans-Pacific Partnership trade agreement.

Domestically, Vietnam has struggled with the effects of a rapidly growing economy.  It has one of the region’s highest inflation rates, which averaged 18 percent in 2011.  At the same time, the government’s efforts to maintain growth are handicapped by low foreign exchange reserves, an undercapitalized banking sector, and high borrowing costs.  In early 2012, to meet these concerns, Vietnam unveiled a broad “three pillar” economic reform program, proposing the restructuring of public investment, state-owned enterprises, and the banking sector.

In keeping with these efforts, Vietnam’s authorities remain committed to the liberalization and international integration of its economy.  They have attempted to implement the structural reforms needed to produce more competitive export-driven industries and to modernize Vietnam’s economy.  Yet progress toward improved economic performance has not met expectations. 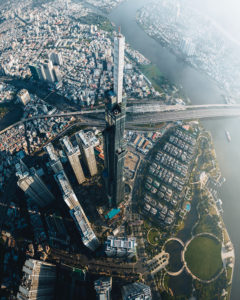 Lack of progress may be attributable in part to Vietnam’s Communist political system, in which the executive leadership is regularly rotated, the president elected by the National Assembly from its own members every five years.  To the good, this practice resists development of a dominating authoritarian regime, but at the same time it inhibits administrative consistency and dependability.  As to economic planning, the Vietnamese Communist Party customarily declares growth targets and leaves it to the government to reach the targets.  These targets are set following discussions by the National Party Congress, a group of more than 200 people, the majority of which are neither economists nor familiar with the mechanics of the modern Vietnamese economy.  And as to implementation of economic plans, the bureaucracy of Vietnam’s government is seen by observers as cumbersome and incompetent.

Additional challenges facing Vietnam’s expanding economy are a need to improve the caliber of education and training in the country, to invest in new infrastructure and utilities, and to curb an increasing level of corruption in business and government.  In addition, the economy remains dominated by state-owned enterprises which produce about 40 percent of the country’s GDP but are inefficient.  On the foreign policy side, Vietnam faces growing tensions with China over South China Sea territorial claims.

Notwithstanding Vietnam’s fragile economic foundations and many challenges, many analysts expect its large and industrious population to lift the nation’s fortunes markedly in the next few years.  Vietnam lies near the center of the world’s most dynamic economic region, and many its neighbors – for example, Japan, Taiwan, Singapore, and South Korea – now seek Vietnam’s low-cost labor to maintain their own industrial expansions because wage rates at home are higher.

With such fertile economic conditions prevailing for itself and in the region, Vietnam is surely a Rising Dragon.