The Korean Peninsula developed a distinctive civilization during its early history owing in part to its relatively isolated geographic location.  The character of its people also became distinctive over time as a result of repeated invasions by neighboring dynasties – China to the west, Russia to the north, and Japan to the East.  Korea was a strategically located country with easy access to the sea.  It was “the meat in the sandwich.”  As a result of centuries of foreign invasion, its people became highly defensive, individualistic, competitive and nationalistic.

The Japanese invaded Korea in 1592 and were finally driven out in 1598.  Chinese from Manchuria invaded Korea in 1627 and again in 1639, ultimately forcing Korea’s Joseon Dynasty to submit to the Qing Dynasty.  Incursions by the Russian Empire in the late 1800s were responsible in part in triggering the Russo-Japanese War (1904-1905), in which Japan prevailed, extending its own influence over Korea.  Japan annexed Korea in 1910 and established colonial rule of the country that lasted until the end of World War II.

Following World War II, the Soviet Union and the United States occupied the peninsula, dividing it at the 38th parallel of latitude into North Korea (the People’s Republic of Korea) and South Korea (the Republic of Korea).  In 1950, perceived Soviet ambitions in the region led to the invasion of South Korea by North Korea, and to the three-year Korean Conflict (1950-1953). 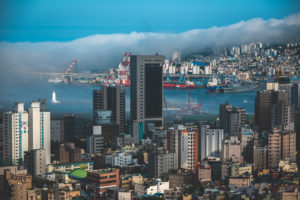 South Korea came into its own after the Korean War.  While the 1950’s were marked by political upheaval, the 1960’s and 1970’s saw growing stability and economic improvement.  The government promoted the import of raw materials and technology at the expense of consumer goods, and encouraged savings and investment over consumption.  As a result, in the 1980’s, South Korea’s economy boomed, with growth rates in 1986, 1987, and 1988 exceeding 12 percent.

Since 1960, South Korea’s economy has been largely export-driven, with manufactured goods constituting a large percentage of its exports.  Its electronics industry has had the highest rates of growth in recent years.  However, the country has limited natural resources and must import many commodities for manufacturing.  It is also energy-dependent, with only a small percentage of its energy needs domestically produced.

The Asian financial crisis of 1997-1998 exposed longstanding weaknesses in South Korea’s development model, including high debt/equity ratios and massive short-term foreign borrowings.  Its GDP plunged by 6.9 percent in 1998 and then recovered by 9 percent in 1999-2000.  The country adopted numerous economic reforms following the crisis, including greater openness to foreign investment and imports.  Growth moderated to about 4 percent annually between 2003 and 2007, dove again when the global recession hit in 2008, but rose to 6 percent in 2010 and is expected to remain in the 4 percent range during the next few years. 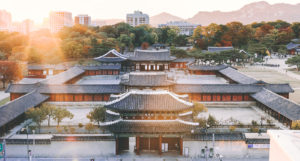 South Korea’s economic success can be credited to two principal factors:  the hard work and dedication of its people, and the close collaboration of business and government.  During the 1960’s, President Park Chung Hee laid the foundation of a business/government partnership by setting up large, government-owned corporations to develop key segments of the economy.  These corporations, called chaebol, received the full financial and planning support of the government, and they thrived.  They were gradually turned over to private, family-led ownership, but their close relationships with the government continue.

The severe economic impact on South Korea of the Asian financial crisis (1997-1998), however, was blamed in large part on the chaebol, which had carried excessive debt and were diversified into many unprofitable businesses.  As a result, the government has since required the chaebol to focus on their core businesses and has imposed stringent accounting and antitrust regulations on them.  Nonetheless, large chaebol like Samsung, Hyundai, LG Group and SK Group continue to dominate business in South Korea.

Like many developing countries, South Korea has a history of trade protection.  This is slowly being liberalized, responding to pressure from other nations to lower barriers.  One big recent positive step was taken in 2011 when the U.S.-South Korea Free Trade Agreement was ratified by both governments and became effective in 2012.  On the political side, with an eye to economic implications, the government has endeavored to improve relations with China, Japan, and North Korea, but with little success for the latter. 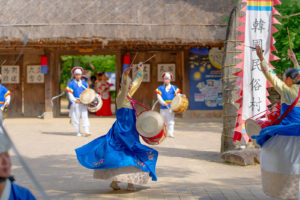 The distinctive national character of the Korean people is on display when it comes to international business dealings.  Perhaps it is their country’s history of siege that forged their character.  Koreans remain ethnically homogeneous, preserving a comparatively unique society, and tend to be highly nationalistic and suspicious of foreigners.   For example, in their patriotic and single-minded quest for economic prowess, South Koreans often shun imported products and conserve or invest the bulk of their discretionary income.

Koreans are distinctive from other Asians in many ways.  Their language is very different.  In 1446, King Sejong the Great of Korea invented a national written script, called hangul.  The beauty of hangul is that it is relatively simple and does not require a person to memorize countless Chinese ideograms, as was the case prior to its adoption.  In grateful appreciation, North and South Korea are the only countries that have a national holiday celebrating a script.  In South Korea, it is celebrated as Korean Alphabet Day, or Hangul Day, on October 9 each year.

In addition, many Asian cultural distinctions are even more prominent in the Korean mind than for other Asians.  Hierarchy, status, age, and respect for elders are especially important.  Shame, or “loss of face,” can be a heavy emotional burden.  Hard work, education and group commitment are viewed as vital to society’s interests.  South Koreans work long and hard: industrial workers averaging at least 44 hours on the job per week, the highest average in the world.  Children go to school six days a week, 220 days a year, compared with children in the United States who go five days a week, 180 days a year.  Vacations for South Koreans of all ages are few and short. 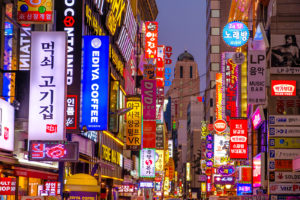 In some ways, Koreans are similar to people from Western individualist cultures.  They are sometimes referred to as the “Irish of the East” because their style tends to be more boisterous, emotional, and confrontational than other Asian ethnic groups.  Occasional student riots and labor unrest in South Korea are vivid reminders of this national characteristic.  In a business context, Koreans are often tough, emotional negotiators.  They tend to be more direct in their communications than other Asians.  For example, while other Asians might say “Yes” rather than “No,” because they wish to avoid giving offense, Koreans will say “Yes, but . . . .”

Just as Koreans tend to be more emotional and direct than other Asians, they also tend to be more individualistic.  They take more risks.  They are often more entrepreneurial.  They are more time-conscious and sensitive to deadlines and schedules.  They also value more highly various personal factors such as titles and executive perks.

But South Korea is highly male oriented.  Women are accorded high respect in their roles of mothers and wives, and exert considerable influence over families’ buying decisions, but they are seldom found in the upper echelons of business or government.  Yet international business has begun to make an impact on this as women executives from other countries increasingly interact with Korean businesses.

South Koreans may be culturally distinctive and nationalistic, but their quest for success in a globalized world is a significant factor in the economic rise of Asia as a region.