New Zealand is known for its lush beauty and its abundant agricultural and dairy production — wool, meat, butter, Kiwi fruit, delicious apples, and all manner of wonderful produce. The land is New Zealand's principal resource, and the nation's character is strongly influenced by this close association of its people with the land: New Zealand is a nation of independent, self-sufficient, resourceful people.

The Maoris, who inhabited New Zealand before the Europeans started settling there, add to this strength.  Captain James Cook, who explored New Zealand for six months in 1769-70, described the Maoris as “a brave, open, warlike people.”  In later years, Maoris and white settlers had many bloody confrontations, but today they share a mutual respect.  Maoris constitute approximately 7.4 percent of New Zealand’s population of 4.3 million people.

There is a friendly rivalry between New Zealand and its larger neighbor, Australia.  Gough Whitlam, a former Australian prime minister, once referred to New Zealand as an “offshore farm,” lacking Australia’s mineral wealth but rich in fertile soil.  For better or for worse, Australians tend to make light of New Zealanders and their largely pastoral lives.  A favorite Aussie quip is, “I went to New Zealand last week, but it was closed.” 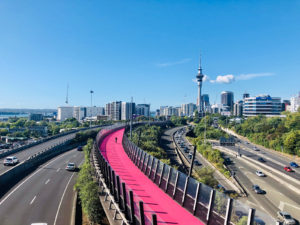 One important distinction between New Zealanders and Australians lies in their respective attitudes toward Great Britain.  New Zealanders have a strong affinity for the British.  Australians, on the other hand, often have an antipathy toward Britain.  The difference can be traced to Australia’s origin as a British penal colony; in contrast, New Zealand was colonized by free settlers who left Great Britain voluntarily for a better life.  Many of the settlers were said to be “second sons,” who left Great Britain because their parents bestowed responsibility or fortune on another member of the family.

New Zealand’s natural affinity for Great Britain was reinforced over the years by strong trade ties.  At one time, more than half of New Zealand’s exports went to Great Britain.  Now that Britain’s trade is open to the European Common Market, however, New Zealand is successfully promoting its ties to Asia and is actively pursuing various industrialization policies.

[Tip  —  National Sensitivities:  When communicating with New Zealanders, bear in mind their rivalry with their Australian neighbors and their affinity for Great Britain.  Avoid comparisons to Australians.  Avoid references that might be disparaging of an agricultural economy or of British ways.]

In keeping with an affinity for the British, New Zealanders tend to be reserved and formal in their communications.  On the other hand, they are very practical people (probably as a result of living close to the land) and claim “not to stand on ceremony.”  Farmers at heart, they are especially resourceful in making something out of little  —  as one has asserted, “A New Zealander can fix machinery with a piece of wire.” 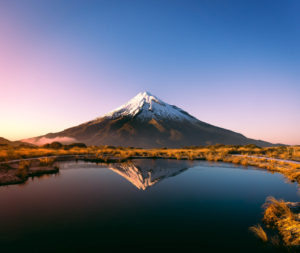 Frugality and conservatism are other New Zealand characteristics, due in part to decades as a subsistence economy.  In terms of communications, this can translate into a reluctance to spend money on overseas communications or to send interim progress reports to colleagues overseas.  It can also mean a slower, more deliberate response time and deficient efforts in following through.  Some claim that New Zealanders are lacking in responsiveness and follow-through as a consequence of having lived for so many years under a socialist, welfare government, where many personal decisions were left for the government to make for them and where high taxes left little discretionary income for enterprise.

[Tip  —  Response Time:  If you want a prompt response from a New Zealander, be explicit in your request.  State when you need a response.  Do some prodding.  Do not assume that the absence of a response is an indication of lack of interest, as is often the case with Asians who are reluctant to communicate anything negative.]

More than any other national group in the Asia-Pacific region, New Zealanders take pride in their proficiency with the English language.  This is again tied to their affinity to Great Britain.  Many British expressions and usages appear in their speech and writings.  For example, New Zealanders follow the British practice in using such words as “corporation,” “company,” and “government” as collective terms, as in “The company have issued a statement.”

[Tip  —  Language:  New Zealanders hold English-speaking communicators to a high standard.  While Asians and others whose first language is not English will be forgiven, Americans, Canadians, and Australians had better watch their spelling, grammar, and syntax when communicating with New Zealanders.]

Notwithstanding adherence to high standards in speaking the English language, New Zealanders often have an accent that can be difficult for a non-New Zealander to understand.  For example, “red dress” sounds like “rid driss,” and a “dairy” is a “dearie.”  New Zealanders also enjoy their slang expressions.  One favorite is “muck in,”  meaning to go about something informally, as in “Let’s all muck in and get this job done.”  Here are a few more expressions that international business people will sometimes hear, some of which are also prevalent in Australia, or have British roots: