The mention of Japan conjures up an image of the Samurai warrior in the minds of many people around the world.  Those highly skilled and disciplined fighters, who served as the faithful military of Japan’s feudal lords starting around 700 A.D. and until their decline in the 1800s, have been a symbol of Japan’s fighting spirit for decades, a favorite subject of novels, movies and television – and in recent years of Nintendo’s popular video game, Samurai Warriors.

But the decline of the Samurai coincided with the emergence of a more cohesive and peaceful nation during the latter part of the Edo Period (1603-1868) when Japan was run by the shoguns of the Tokugawa family.  Primarily an agricultural economy at the time, with 80 percent of the population engaged in rice farming, prosperity and commerce steadily increased in Japan.  However, as foreign traders and Christian missionaries became more prevalent in the country, Japan’s leadership grew concerned that these could be forerunners of a military conquest by European powers.  Progressively tighter restrictions were imposed on foreign interests and Christian missionaries, and Japan became secluded from much of the world during the period. 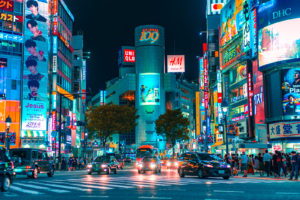 The symbolic end of Japan’s seclusion came on July 8, 1853, when Commodore Matthew Perry of the United States Navy steamed into Yokohama bay in command of four black-hulled warships – the Mississippi, Plymouth, Saratoga, and Susquehanna – and unleashed a shooting display of his ships’ powerful cannons.  He delivered his government’s request that Japan open itself to trade with the West, adding emphatically to similar requests by other trading nations.  Perry’s mission made a strong impression on Japan, and his ships became known as the Black Ships.

Japan did open to trade during the subsequent Empire of Japan Period (1868-1945), and it thrived commercially and industrially until its territorial ambitions brought it down.  Toward the turn of the 19th century, Japan’s leaders became concerned that the country was vulnerable to Western imperialism unless it extended a “line of advantage” beyond its borders to help repel foreign incursions and strengthen the Japanese economy.  Tensions over these concerns led to the first Sino-Japanese War with China (1894-1895) and to the Russo-Japanese War with Russia (1904-1905), resulting in Japan’s becoming an imperial power in East Asia.  Its military’s strength and ambitions grew as it sought to colonize Korea and Taiwan.  In 1931, Japan’s military occupied China’s Inner Mongolia; in 1937 Japan declared all-out war on China; and in 1941 it attacked the United States at Pearl Harbor, Hawaii.  World War II then put an end to Japan’s fighting spirit for a time, at a huge cost to itself and its enemies.

The American-led occupation of Japan following World War II changed Japan dramatically.  The Allied objective was to turn Japan into a peaceful, democratic nation.  Political, economic, and social reforms were introduced, and industrial monopolies (zaibatsu) were broken up.  The Korean War (1950-1953) was a boost to Japan’s economy as the United Nations sought to end that war with Japan as a major supplier to UN forces.  Thereafter, Japan successfully acquired foreign capital and technology to build a strong economy in many economic spheres such as steel working, car manufacturing, and electronics. 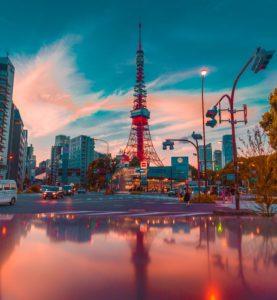 For three decades until 1990, Japan experienced remarkable economic growth, referred to by many economists as the “Japanese post-war economic miracle.”  But a monetary policy of low interest rates led to an overheated economy that became stagnant in the 1990s.  At an average of 1.5 percent growth throughout the 1990s, Japan’s growth was slower than that of other major developed economies, giving rise to the term “Japan’s Lost Decade.”

Japan’s economic growth continues to be tepid in comparison to the rest of Asia, and it contracted even more following the massive 9.0 earthquake, tsunami, and nuclear plant meltdown that occurred in March 2011.

International business firms that succeed in Japan normally credit their own diligence, perseverance, and adaptability:  their efforts to modify their products and services to fit the Japanese market, their willingness to “conform to the system” rather than try to change it, and their ability to sustain early setbacks.  Firms that succeed in Japan claim that market knowledge and cultural understanding is especially important there because Japanese society is so unique.  This uniqueness stems in part from Japan’s long isolation, remaining essentially a rural economy largely closed to foreign trade and influences. 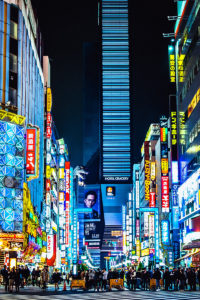 From the beginning of their civilization, the Japanese, with limited land area and natural resources, have had to conserve in many ways.  They learned to live in close quarters, to be precise in their activities, to use materials economically, to be self-sufficient, and to save for an uncertain future.  They also developed strong collectivist attitudes and traditions, which prevail today.  The group-orientation of Japanese, for example, accounts in part for the difficulties that non-Japanese often face in breaking into Japanese markets, and in establishing joint ventures and other business relationships in Japan.  Japanese firms tend to establish exclusive networks with other Japanese firms, even overseas.  Most of these networks are informal, but there is a number of large groupings of companies, called keiretsu, like Mitsubishi and Sumitomo, in which there are cross-holdings of large blocks of each other’s stock.  (Keiretsu means linkage in Japanese.)

In keeping with their collectivist culture, the Japanese have a strong urge to conform in group behavior – a strong “herding instinct.”  This is often apparent in their choice of products and services.  Combining traditions that value high quality and group acceptance, they tend to prefer products and services that have established reputations and brand names.

A consequence of Japanese conformity and commitment is that the Japanese are great customers and colleagues.  Once they are sold or committed, they are loyal and steadfast.  If a relationship becomes well established, it can flower.  If a product “catches on” in Japan, sales can skyrocket.  However, because of their dedication to high standards of quality and the long isolation of their society, Japanese tend to be resistant to products and services that fail to measure up to their exacting standards, to things that are new or different, and to things that fail to appeal to their sense of scale and precision.