Ganesha – the Lord of all Beginnings and the Remover of Obstacles in the pantheon of gods of the Hindu religion, the religion of 80 percent of India’s population – is on the minds on Indians these days.  Ganesha is the elephant-headed god who gives support and encouragement to new undertakings and is a source of strength in times of rapid and uncertain change.  In a rapidly globalizing world economy, those times are now.

But Ganesha, if he is not duly worshipped, is also known to be the Placer of Obstacles, and there are many obstacles that he can place in the path of economic progress, if he chooses to do so, for this large, complex country of 1.3 billion people.  For India today, these obstacles can include political instability, persistently high inflation and interest rates, bureaucratic inefficiency, little progress on economic reforms, widespread corruption, poverty, inadequate physical infrastructure, limited non-agricultural employment opportunities, and scarce access to quality basic and higher education.  The list is long. 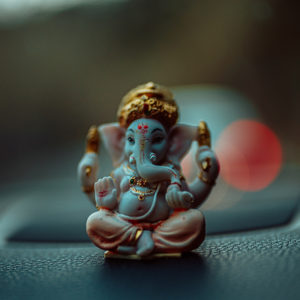 India has had many new beginnings and has encountered many obstacles over its long history.  India’s Indus Valley – the northwestern region of India, home today of India’s financial center, Mumbai (formerly named Bombay), and the nation’s capital, New Delhi – is the site of one of the world’s oldest civilizations, which flourished during the third and second millennia BC.  Thereafter, numerous governing kingdoms – India’s “Middle Kingdoms” – took power beginning in 230 BC and united much of the Indian subcontinent.  This is known as the Classical Period of India which lasted for the next 1,500 years, during which time India is estimated by historians to have developed the largest economy of the world, controlling between one-third and one-fourth of the world’s wealth.  India’s economy was significantly involved in trade during this period, facilitated by advances in transport by water and rail.  Political unity and military security enabled development of a common economic system with enhanced trade and commerce and increased agricultural productivity.

India, with its huge population, is the world’s largest democracy.  But if that implies a peaceful, tolerant society that shares power and opportunity, this thriving country has hit a few speed bumps along the way.  Many Asian countries have suffered their own share of invasions, occupations, revolutions, civil wars, and political unrest.  Think of China or Korea.  India is no exception.

The early trading nations – especially Portugal and Britain – controlled India’s port cities and dominated its economy in the 1600s and 1700s.  Gradually, starting in the 1700s, the British took economic control of India, and India became a colony of Britain, a member of the British Commonwealth, with the Queen of England named the Empress of India in 1877.

Over time, the benevolent paternalism of the British was not enough for a nation seeking its own identity, and a national independence movement, led by Mahatma Gandhi, gained strength in the early 20th Century.  The road to independence, however, was messy, with many casualties suffered along the way.  In time, the independence movement split along religious lines, primarily Hindu versus Muslim, and religious violence erupted.  With its hands full at home following the end of World War II in 1945, Britain consented to India’s independence in 1947 and to the partition of India, creating the primarily Muslim nations of Pakistan and Bangladesh.  A focus of the strife that accompanied independence, Gandhi himself was assassinated in 1948by a Hindu zealot who resented Gandhi’s accommodations to Muslims.

Political, religious and social upheaval continued for many years in India.  In 1984, Prime Minister Indira Gandhi, the daughter of India’s first prime minister, Jawaharlal Nehru, was assassinated by her Sikh guards after her decision to send the Indian army against a group of Sikh separatists in Punjab.  Indira Gandhi’s son Rajiv Gandhi became the next prime minister, but he too was assassinated in 1991 by a supporter of a Sri Lankan separatist group who took issue with Gandhi’s support of the Sri Lanka’s government. 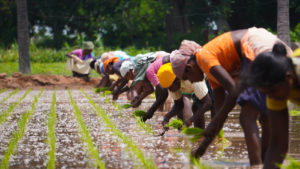 Following independence, India entered a period of economic stagnation from the 1950s to the 1980s when its gross national product growth remained around 3.5 percent.  This was in part owing to government policies that emphasized independent domestic economic capabilities and spurned reliance on foreign resources and international trade.  However, beginning in the early 1990s, the government introduced policies of economic liberalization, including industrial deregulation, privatization of state-owned enterprises, reduced controls on foreign trade and investment, and reduced barriers to international trade.  As a result, a number of industries have thrived, principally India’s information technology industry, and the country’s growth surged past the lethargic “Hindu rate of growth” to an average of more than 7 percent per year from 1998 to 2011.

India’s diverse economy encompasses traditional village farming and modern agriculture – more than half of the work force is in agriculture – plus handicrafts, a wide range of modern industries, and a multitude of services.  Whereas China is often referred to as “the world’s manufacturer,” India is referred to by many as “the world’s service provider.”  Services are the major source of India’s economic growth, accounting for more than half of the country’s economic output but utilizing only one-third of its labor force.  India has capitalized on its large educated English-speaking population to become a major exporter of information technology services and software workers. 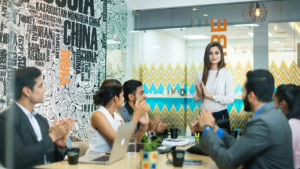 If a service can be provided less expensively by Indian workers, and it often can, businesses around the world are asking them to provide it – from call centers that handle hotel reservations and credit card billing questions, to software technicians who help get your computer up and running, to specialists who convert an architect’s drawings to computer-aided designs.  In addition, Indian companies such as Infosys and Wipro are among the world’s leaders in creating cutting edge software.  And so full of talent is India’s huge pool of well-educated high tech scientists and engineers that numerous manufacturers from other countries in Asia, North America and Europe have established research and development centers in India.

A unique feature of Indian society is its prevalent caste system.  This system is primarily rooted in the Hindu religion and based on division of labor.  It determines the occupations a person can pursue and the social interactions that he or she may have.  Castes are ranked in hierarchical order, determining the behavior of a member of one caste toward a member of another caste.  In modern business and social interactions, however, caste differences are not openly acknowledged, but there may be subtle differences in forms of address, with a lower caste member acting more respectful to a member of a higher caste.  Foreigners are not expected to be aware of these differences or to behave differently toward any caste.

Since 1950, the Indian government has enacted and implemented many laws and social initiatives to protect and improve the socio-economic conditions of its lower castes, providing assured quotas for government employment, access to education and health care, and affirmative action policies.  Except for caste recognition, it is against the law to discriminate against a person on grounds of caste. 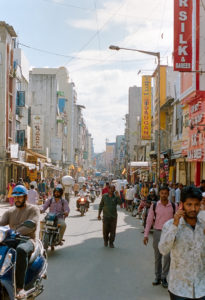 Nonetheless, the problem with India’s caste system in terms of economic progress is that lower castes are prevented from aspiring to higher status. Their talents are overlooked or squelched and their opportunities are restricted.  Consequently, India’s competitive strengths are lessened to some degree.  On the other hand, the system makes for a more stable society, with its members accepting their status and its limitations.  Thus, the system tends to dampen potential for political, industrial and social unrest.  Ironically, however, India’s rapid economic growth during the past two decades has produced substantial positive changes in the social conditions and standards of living of its lower castes.

If there is a common characteristic that holds this huge and sometimes fractious country together, or occasionally splits it apart, it is perhaps the devotion of its people to family and religion.  It is common for three generations of a family to live in a single home, sharing work and responsibilities.  Personal goals are family goals, not individual goals, and the goal of most young people is to get married and have children.  Yet bloody riots occasionally break out between religious or ethnic groups, as they did between Muslim and Hindu groups in Mumbai in December 1992 and January 1993, and in the infamous Gujarat riots of 2002, in which an aggregate of more than 2,000 people died.

Religious observances and practices are a daily affair for most Indians.  Apart from Hinduism, the principal religion of India, Islam also has a large following in India.  Some of the other religions followed in India are Christianity, Sikh, Jainism, Buddhism, Judaism and Zoroastrianism.

While English is spoken by many Indians, especially in the business and academic communities and in the cities, there are numerous languages and dialects spoken.  Hindi is the first language of approximately 40 percent of the population, but there are 15 other “official” languages recognized by the government and more than 400 spoken languages and dialects. 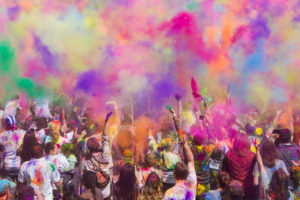 A foreign visitor will generally be pleased with the ease of communicating and transacting business with Indians.  Thanks to the British, common business practices, laws, record-keeping, and regulations are well established and generally followed in India.  If there is a failing which can also be attributed to the British, Indians – especially those in government – tend to be overly formalistic and pedantic.  Government bureaucracies have been known to bring the most promising enterprises to a screeching halt for failing to comply with some minor provision of a vast array of regulatory minutia.

Foreign businesspeople and visitors will also be pleased with the kaleidoscopic variety of art and culture of India and with the characteristic enthusiasm of its people.  Few cultural institutions of modern-day India are more representative of this than the current Indian film industry, represented internationally with the movies of “Bollywood,” a name for a genre of films produced and made in Bombay (now Mumbai).  These are formulaic films of dance, comedy and drama, full of family values, life styles, moralizing, violence and romance, combining issues of religious tensions, economic deprivations and corruption.  Indians love the cinema, and other parts of India have their own film industries, producing films in their regional languages.

To be sure, diversity and complexity are found everywhere in India, vitality exists in all walks of Indian life, and businesses are thriving.  Ganesha would have to agree that this is a good beginning for the country’s economic growth in a globalizing world.