Many will remember the opening ceremonies of the 2008 Summer Olympic Games in Beijing.  Thousands of dancers and acrobats performed wonderfully coordinated and artistic routines.  The ceremonies were an apt tribute to the Games and to China’s quest for international recognition.

China had spent billions of dollars over the preceding 12 years preparing for the Games.  Those flying in to attend or compete in the Games arrived at the huge new Beijing International Airport.  They sped into the city on new highways and “ring roads,” driving past huge new office buildings to stay at new modern hotels or the Olympic Village, and then attending Olympic events in new capacious arenas and stadiums.  China’s economy had grown an average of 11.7 percent over the preceding five years, and after many years of feeling underappreciated on the international scene, China felt it was finally and gratifyingly “on stage.”

China continues to be on stage.  It is the largest country in the world in terms of population, and its economy is the largest in Asia and – after the United States – the second largest in the world.  Its role as a major exporter of manufactured goods earned it the nickname of “the world’s manufacturer,” yet it is much more.  Its economy is diverse and its resources vast.  Meanwhile, its political influence in the region and the world has grown apace.

In contrast to its prominent position on the world stage today, China was insular and reclusive for much of its history.  Within its borders, it was politically fractured and divided during much of the time.  Dozens of dynasties and kingdoms came and went, from the Xia Dynasty (c. 2100 – c. 1600 BC) to the Qing Dynasty (AD 1644-1911), each collapsing or broken apart by internal strife or external warfare.  Yet it sustained a continuous and cohesive civilization that contributed significantly to art, science, and philosophy over the centuries.

China’s feudal dynasties and kingdoms prevailed until 1911, when the Qing Dynasty was overthrown by forces led by Dr. Sun Yat Sen and a republican system began to develop.  Political and military factions contended for power from the early 1920’s (the Chinese Communist Party was founded in Shanghai in 1921), but Japan began to exert economic and soon military control over much of the country. 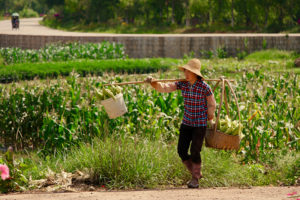 In the 1930’s, Japanese policy toward China became increasingly aggressive.  Japan occupied Manchuria, and attacked or invaded other parts of the country during this period.  In 1937, the Sino-Japanese War broke out, uniting diverse Chinese factions against Japan and continuing to the end of World War II.

The military forces led by Mao Zedong were fueled by revolutionary zeal and by a deprived population that had suffered from 12 years of warfare.  Following the Communists’ victory in 1949, a period of agrarian reform and social restructuring substantially changed China’s economy and political organization.  The Communist Party, following the Soviet Union’s model, transferred control of much of China’s industry, including privately-owned enterprises, to state-owned enterprises, and a strong industrial base developed.

But Mao’s economic ambitions proved too much for the country.  With his Great Leap Forward, introduced in 1959, he pushed ill-conceived policies to export agricultural goods to finance domestic industrialized growth.  It went too far.  Supplies of grains were exhausted, and families abandoned communal farms for lack of incentive.  Weather conditions contributed to the problem, reducing arable land.  A massive famine ensued and millions died.

The failure of the Great Leap Forward led Mao to launch in 1966 what came to be known as China’s Cultural Revolution, an effort to enforce socialism in China by removing traditional, cultural and capitalist elements from Chinese society.  While Mao’s initiative restored him to power, it resulted in a period of disintegration and stagnation of China’s social and productive systems.  He declared in 1969 that the Cultural Revolution had ended, but its effects continued long afterwards during a period of political instability (in which the “Gang of Four” – Mao’s wife Jiang Qing and three of her associates – held power).  China’s Cultural Revolution resulted in years of isolation and anti-intellectualism in China until after Mao’s death in 1976. 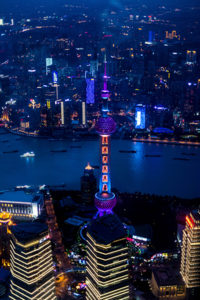 China entered its present period of modernization, economic reform, and gradual opening to international trade in 1977, when the Gang of Four was pushed aside and Deng Xiaoping took over as China’s “paramount leader.”  The new leadership strengthened the authority of managers and economic decision makers at the expense of party officials, enhanced material rewards for workers, improved research and education systems, and increased commitments to foreign trade.  In 1978, Deng Xiaoping famously declared, consciously and publicly, that “To get rich is glorious!”

In one of China’s first steps to encourage growth, local administrators began permitting farmers to keep production that exceed their established quotas.  In the past, they had been required to cede all excess production to the state (and excess production might even lead to higher quotas the following year).  This new practice was soon formalized into what became known as the Household Responsibility Systems.  It all started with grains, but it evolved into expanded markets for other products, enabling farmers to act entrepreneurially for a change, deciding what and how much to grow.  It is estimated that farm productivity grew at about three times the growth rate of five years under the previous system.

Later, as a result of the Household Responsibility Systems success, another important change occurred.  In a system called Township and Village Enterprises (TVEs), local authorities were given the power to decide what their community produces.  Under China’s Communist system, the motivation for greater productivity was not based on capitalist concepts of property rights or ownership.  It was based on improved economic conditions for the entire community.  It is estimated that the productivity of TVEs grew at an annual rate of 27 percent throughout the 1980s.

Growth was further sparked in the 1980’s by establishment of a number of economic zones, called Special Economic Zones (SEZs), Development Zones, and Open Economic Zones, intended to promote trade and foreign investment.  These zones, first situated in the coastal and southern provinces of the country and now more than 2,000 in number throughout the country, have played an important role in China’s economic growth.  China’s SEZs provide various tax incentives, tariff concessions, and reduced costs of land and labor.  They also facilitate foreign investment, technology transfer, joint ventures, and research projects.

China’s economy continued to improve during the past two decades as more reforms were instituted and regional trade pacts were negotiated.  In 2001, after a lengthy process of negotiation, during which the United States, European countries and Japan insisted on changes in China’s economy and trade practices, China became a member of the World Trade Organization.

China was impacted only moderately by the Asian Financial Crisis, which began in Thailand in 1997 when the Thai Baht collapsed as a result of financial overextension and spread to most of Southeast Asia and Japan.  Similarly, China appears to be weathering much of the impact of the current worldwide Great Recession.  China’s GDP growth is estimated to continue to be in the eight percent range for next five years.

Accordingly, China remains very much on stage.  As a country with a highly collectivist culture and a population that is strongly nationalistic, it behooves foreigners who visit and do business there to recognize and applaud its accomplishments.